I don’t see China the way most do.

Where others see a rising naval power, I see a trapped coastal fleet incapable of projecting power, much less patrolling its far-flung economic interests.

Where others see the workshop of the world, I see a radically unstable system propped up by Enron-style finance which survives only due to the strategic largesse of increasingly-hostile foreign powers.

Where others see 1.4 billion people, I see one of history’s fastest aging and shrinking demographics in a country that will – in the best-case scenario – see its population shrink by half this century.

Where others see swarms of exports, I see a system faltering from a lack of domestic consumption that could lead to economic ruin at any time, but most certainly this decade.

Where others see the only major economy to grow in 2020, I see a system so broken that most of its “growth” is simply from shoving unsold inventory into warehouses, something I last saw en masse during the 1997 Asian Financial Crisis.

But above all, where others see a malevolent, conniving government leadership scrupulously implementing a century-long master plan for global domination, I see a terrified cadre that broadly sees China as I do, and so is instituting a North Korea-style political and information lockdown in the desperate hope of preventing China’s inevitable return to its historical mean of civil war, civil collapse, and mass famine.

In this newsletter, I’m not going to go down the line of reasons why China is doomed. For those of you familiar with my work, you’re probably getting a bit sick of that. For those of you who are new to my work, the full and detailed hit-list is best addressed in Chapters Two through Four of Disunited Nations, the section that deals with what makes for successful countries and empires.

This series is instead about the issues that will be facing the freshman Biden administration, and I’d be remiss if I left China out.

The first and perhaps most important takeaway is that the United States public – regardless of political persuasion – has turned broadly sharply anti-Chinese on issues political, economic and strategic. This isn’t a Trump thing or a Biden thing, but instead a broadscale cultural transformation intertwined with a mix of populist and geopolitical factors that have been unfolding for well over a decade.

Biden is many things, but first and foremost his personal ideologies tack with the winds. In my personal opinion this doesn’t make him leadership material, but for the Chinese it means that the power of the American executive will lean towards doing what the American political mood demands: confrontation.

In Biden’s early days that means not simply leaving in place, but publicly and unapologetically reaffirming, several long-standing Trump-era China policies. Trump’s trade war is now bipartisan. Trump’s anti-China tariffs remain firmly in place. Trump’s anti-China sanctions – most notably ones that include Huawei and the Chinese equivalent of Chevron – aren’t going anywhere. Trump’s ever-tightening sanctions on Iran, once a leading Chinese oil supplier, have been confirmed as the new norm.

Even some of Trump’s on-the-way-out-the-door policy grenades have been openly embraced as founding principles of the new administration.

In Trump’s last month the administration changed policies to enable any federal government official to visit Taiwan at any time in their official capacity as full representatives of the U.S. government. That’s only a baby step away from full diplomatic recognition of Taiwan as an independent nation (because, well, Taiwan is an independent nation). Biden confirmed his agreement with the shift on his first day.

Similarly, in its last days the Trump administration formally recognized the Chinese genocide of Uighurs in the far western Chinese province as an actual genocide (because, well, it is a genocide). Biden put his personal stamp on that recognition as well, also on his first day.

What I found to be one of the late-Trump administration’s more notable inactions was when Iran seized a South Korean vessel in the Persian Gulf, ostensibly for the Koreans abiding by American sanctions against Iran. The Persian Gulf is the source of half of the world’s internationally traded oil. As recently as a decade ago such state piracy in the world’s most strategic waterway would have warranted direct and prolonged American presidential and military attention. Trump did nothing. Biden has done nothing. The Americans no longer give any number of pieces of excrement about global oil market stability. And as the world’s largest oil importer and sporting a navy that cannot project power to the Persian Gulf, the Chinese are and should be exceedingly concerned.

Biden, of course, has come up with a few thoughts of his own. Crackdowns in Hong Kong and human rights in Tibet, two issues that Trump largely ignored, are back in fashion in Washington. So far TeamBiden has only offered rhetoric on the topics, but state policy is likely to be updated up to and including some degree of sanctions within a few weeks.

Trump also tended to play down territorial disputes, particularly as regards the South China Sea – a shallow waterway that Beijing hilariously (and under international law, illegally) claims in its entirety despite nearly all of it being closer to Vietnam, the Philippines or Malaysia than to the Chinese mainland. In his first week Biden ordered nothing less than two aircraft carrier battle groups to sail nice-and-slow through the entire area in mocking defiance of Chinese claims.

But perhaps the bit that has me most interested in the weeks to come is Biden’s new trade negotiator: Katherine Tai. The U.S. Trade Representative typically has few friends. It is his or her job to both enforce and negotiate all trade deals the United States is a party to. Trump’s USTR, Robert Lighthizer, successfully completed deals with the Koreans and Japanese as well as an updating of the NAFTA accords. He is an old trade hand seeped in the fractious world of international negotiations.

Tai is…not. She has never managed a large staff. She has never participated in a meaningful large-scale international negotiation, much less led one. She did work for the USTR’s office under the Obama administration, although doing nothing that would be confused with a leadership role. Until a few weeks ago she was simply a high-ranking Congressional staffer. Knowledgeable about the issues? Absolutely and undeniably. Heavily seasoned in the world of international diplomacy? Absolutely and undeniably not.

What Tai is is America-focused. Until now her job has been to fine-tune Lighthizer’s deals so that when they are brought to the Congressional floors they enjoy as broad and as bipartisan support as is humanly possible. She successfully rode point on NAFTA2’s ratification with House Ways & Means (by far Congress’ most powerful committee). Unlike Lighthizer who had a reputation for intentionally abrasive and supremely dislikable hypercompetence, everyone in Congress apparently loves Katherine Tai. To my knowledge she is the only person in human history that both Elizabeth Warren and Rand Paul have said (obliquely) kind things about. Heady stuff.

Tai is not a negotiator, but instead a trade lawyer. And that tells me everything I need to know about Biden’s developing trade agenda. There isn’t one in the traditional sense. Biden hasn’t been shy about noting that he has no interest in signing any trade deals until the coronavirus crisis is firmly in the rear-view mirror. In the United States, accelerated vaccine development suggests the second half of the year is looking up. But the rest of the advanced world isn’t going to achieve mass vaccination until very close to year’s end, and the developing world will take (at minimum) a year more. Aside from a deal with a post-Brexit and increasingly economically desperate United Kingdom, there aren’t likely to be any meaningful deals negotiated during the Biden administration at all.

But, again, Tai is a trade lawyer. She wasn’t brought on to negotiate new deals. She was brought on to sue any country violating the letter or the spirit of U.S. trade law…which is pretty much everyone. If I lived in Europe, I’d be very worried about this (a trade war is imminent), but the foreign power Tai has the most direct experience with is China itself; During Tai’s stint with the USTR, she spent some time as chief council for China trade enforcement. That’s a fancy way of saying she knows how to sue Beijing.

Oh yeah, and one more thing: while Tai is a full-blooded American (born in Connecticut), ethnically, she is Taiwanese. It doesn’t really matter whether Biden meant for his new USTR’s background to matter. It will. The Chinese Communist Party perceives the collective actions and omissions out of the new administration as a full-court press against the interests of the CCP. They aren’t wrong.

And they’ll be looking for ways to push back. 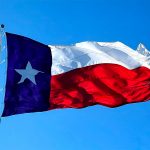 Deep in the Cold of TexasU.S. Politics, United States