The world got a harsh reminder last week that the European financial crisis, about to enter its eleventh year (that’s right, it started before the 2007 subprime meltdown) has yet to get truly serious.

Ok, so this leaves most people asking, so what? It’s just one bank, and it isn’t like Monte dei Paschi is a globally systemic institution like the Royal Bank of Scotland or Bank of America. So bad for Italy and not great for Europe, but why should anyone else care?

The real problem is that Monte dei Paschi is hardly an outlier in the Italian banking sector, or even the broader European banking sector. There is no shortage of reasons why Europe’s banks are doomed.

First, the euro. When the euro became the European Union’s common currency at the turn of the century, a number of countries with weaker financial and economic systems (read: Italy) were allowed to join when they probably shouldn’t have been. This enabled consumers in these countries to borrow at rates that in most cases were one-third (or less) the previous rates. Consumption skyrocketed, and growth with it, but that consumption was driven by debt — not by increases in production or productivity. After a few years these countries suffered debt hangovers that they couldn’t possibly repay, and they’ve barely had any economic growth since. All that debt is held by banks like Monte dei Paschi. 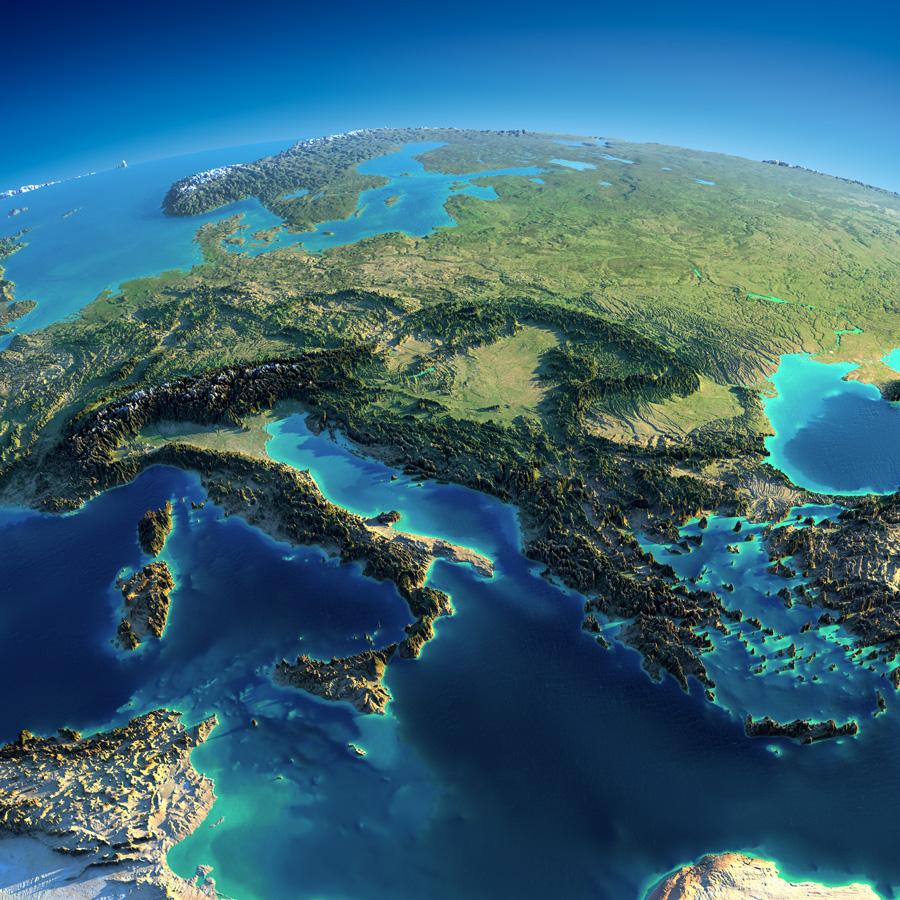 Second, the debt binge wasn’t limited to consumers. The banks themselves took part, particularly secondary financial players in the European markets like Sweden, Austria, Greece, and Italy. With the major markets of Germany, France, and Spain already controlled by local institutions, banks in these secondary states sought market share on the frontier: the Baltics, Hungary, Albania, and the former Yugoslavia. Such locations were hit particularly hard in the 2007 global financial crisis, souring massive holdings and serving as deadweight on the banks’ balance sheets to the current day. A fair chunk of Monte dei Paschi’s borrowing went to … Serbia.

Third, foreign currency lending. Banks in these secondary countries often borrowed from stronger banks in euros, U.S. dollars, or even Japanese yen and then made loans in those currencies into countries with independent currencies. The bet was that the weaker currencies (the Hungarian forint, Polish zloty and such) would appreciate over time, reducing the relative weight of the retail loans and increasing the locals’ purchasing power. Unfortunately, currency movements are not always one-way. When local currencies crashed, those loans immediately soured because the lendees couldn’t pay. Local governments often intervened with regulations expressly designed to help their citizens and stick the foreign banks with the bill. Monte dei Paschi was known to dabble in loans denominated in Swiss francs — a currency that has since strongly appreciated against pretty much everyone else because it is a top destination for capital flight out of Europe.

Fourth, subprime was hardly limited to the United States. Europe had its own that was far more serious, in part because Europe cannot assimilate migrants as well as America. In the United States nationality is largely defined by the migrant (I choose to be American) and so the American dream, upward mobility, societal inclusion, and home ownership are more or less standard. In Europe nationality is largely defined by the dominant ethnicity (we choose to accept you as French), erecting a massive cultural and even legal barrier to inclusion. One, among many, results is low home ownership among immigrants into Europe. With that potential demand removed, any housing boom has to get by with far less demand, which often leaves speculation driving things. In the United States, new homeowners (read: migrants) have helped eat through the surplus housing stock and restored balance. In Europe surplus housing sits empty. Italy had a housing boom in the early 2000s, but migrants into Italy tend to be of the poorer sort.

Fifth, European banks are not free agents like American banks, but are instead beholden to government interest. The United States is a common financial space because of its geography. Trade happens on rivers and banks process that trade; and since the American river system is interconnected, the banking system isn’t divvied up by the states but is truly national. Not politically beholden, American banks can focus on risk management and making money. In contrast, most of Europe’s rivers are national affairs, home to a specific people and a specific government. Europe’s banks reflect this structure, and as a rule don’t do much business outside of their home markets. This results in a small fleet of problems:

The Monte dei Paschi is expected to run at least 20 billion euro, and that’s just to hold things steady, not actually rehabilitate the lender.

The only long-term solution to this sort of ingrained dysfunction is to grow out of the problem by making healthy loans over a decade of time. But that is now flat out impossible. Banks make money on the spread between the cost of their funds and the cost of their loans, and most loans are taken out by people under 40 — such young people are the source of most of the car loans, house loans, and college loans that drive a modern economy. Europe is at negative interest rates and Europe faces demographic collapse. That’s less income per loan on a smaller volume of potential loans.

The collapse in Europe’s birth rate is now 40 years strong, with Italy in particular having aged past the point of any possible demographic recovery. 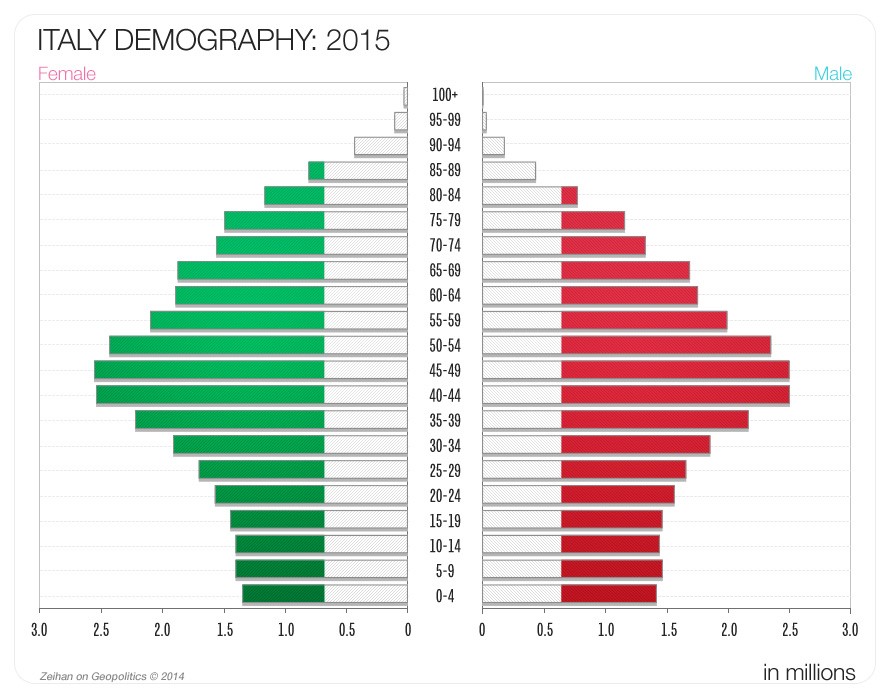 Officially, over 18% of the loans held by Italy’s banks are non-performing, but because all a bank has to do to push a loan into the “performing” category is show that it received a partial payment within the past three months, that real figure is undoubtedly far higher. As a point of comparison, U.S. regulatory authorities close down banks when non-performing rates breach 5%.

Bottom line? The Greek sovereign debt crisis was only the warm up. The Europeans could — and did — build a financial wall around the place to block it off from the rest of the Union. The cost of that wall has already been about $500 billion for an economy whose GDP is but $200 billion. Italy’s sovereign debt is six times that of Greece. Italy’s economy is nine times, and its banking sector something like twenty times.