CRF Files, Part I: The Future of Korea

by Peter Zeihan and Melissa Taylor

This piece is part of the Cutting Room Files, portions of the upcoming Disunited Nations text that were cut for length. Disunited Nations is available for pre-Order now on Amazon.com, Harper Collins, and IndieBound.

When Donald Trump became president, world leaders fell into two broad buckets. The first thought that if the Americans were going to drop the global mantle of leadership, then perhaps there is some space for us. Russia’s Vladimir Putin became more aggressive throughout the Russian near abroad. France’s Emmanuel Macron tried to become the voice of the West. Canada’s Justin Trudeau became a liberal supermodel.

The second were those leaders who weren’t sure the Americans knew what they were doing in electing an isolationist, and thought the best bet was to not rock the boat. This club included Germany’s Angela Merkel, Australia’s Malcolm Turnbull, and Britain’s Theresa May. All and more bet/hoped that Trump would be little more than a hiccup in normal relations. They kept quiet and aimed to not do anything that might annoy the Americans as a whole, so that when Trump left the stage their relations with America could get back to normal.

There was one exception: South Korean President Moon Jae In. Rather than strike out or hunker down, Moon bluntly asked for the terms of a revised trade deal that Trump would approve of.

Moon’s logic was unassailable. Put simply, Moon recognized that he completely lacked leverage, (correctly) calculating that being an eager first volunteer might allow South Korea to walk away without undue sacrifice as the Trump administration looked for an early win. The revised deal’s technical talks took but a few weeks, and the revised KORUS is already implemented.

Good thing too. “Logic” was about all Moon had going for him. Everything about Korea’s success is exclusively because of the Order.

South Korea imports all its oil and natural gas, and its import/export flows are so large that it is the world’s 5th-largest trading power by value despite having a population of only 51 million. As with many of the world’s developed economies, South Korea cannot look internally for greater economic growth; The country’s population has all but peaked and, again like much the rest of the world, faces a rapidly aging demography supported by an ever-smaller working age population.

South Korea’s largest trading partner today is actually China, but that is the beauty of the Order. South Korea can trade with whomever is willing to buy their goods. For now. It all relies on American guarantees that seem to be crumbling.

South Korea sits among Japan, China and North Korea and has adversarial relationships with all of them. The only reason South Korea even exists is because American troops ward off the most salient threat to the north, while preventing Japanese and Chinese imperialism. That security guarantee is not easy to maintain:

North Korea believes the best way to beat a Grand Master at chess is to never let them make a first move. Infamously, North Korea has aimed an untold number of pieces of artillery at Seoul, just across the border and home to nearly half the country’s population. In a real war, by the time the first shell lands in Seoul, tens of thousands of others would already be airborne. But this is only one of its many preparations. Turns out that if you dedicate a country’s entire attention span for 70 years to a seething hatred of what’s on the other side, you can accomplish some pretty impressive things, up to and including an effective nuclear deterrent.

South Korea decided to focus instead on ships and trains and petrochemicals and white goods and electronics and computers and cellular tech. South Korea may be able to prevail against North Korea in a knock-down, drag-out fight, but there is no way the South Koreans can K-Pop themselves out of hideous infrastructure damage and mass civilian casualties. Only American forces – massed in and near Seoul and the DMZ – can provide the hitting power to at least partially preempt and mitigate such carnage.

That’s just North Korea. The South Koreans, accurately reading their history and geography, view China and Japan as even more significant security threats. Japan outpopulates South Korea by well over 2:1, China by over 20:1. The navies of either country could wipe the Korean navy from the seas in days. To the south, east, and west, South Korea is surrounded by waters that either Japan or China could dominate given the right push. South Korea’s second city, Busan, is in a particularly vulnerable spot separated from mainland Japan via the Korea Strait, barely more than 100 miles across. Inchon, the western extremity of the Seoul metro region, isn’t much further away from China. And of course, Korean trade links to the wider world are impossible to maintain without both Japanese and Chinese quiescence.

For decades this has all been moot. South Korea, Japan and China were all members of the U.S.-led global Order. The U.S. Navy has ensured peaceful seas and ample trade. Oil, LNG and raw materials flow in, finished goods flow out, and Korea is one of the world’s largest transshipment and manufacturing nodes. So long as the Americans remain involved, Korea’s economic and security problems remain purely theoretical.

But the Americans – left, right and center – want to slim down America’s global position. The Korean deployment is America’s third-largest (after Japan and Germany), and the one that is by far in the trickiest and riskiest strategic position. And that is what keeps Moon’s administration up at night. The Americans are losing interest, and there is no version of a post-Order world where South Korea continues to survive at all – much less as a wealthy, trading nation – unless Seoul can obtain a powerful, dedicated ally.

So it was all Moon could to do cave in trade talks with the American administration on everything. And not just in trade negotiations. The Trump administration is insisting that South Korea compensate the United States for ongoing troop commitments to the tune of at least $5 billion annually. That’s a lot for a country Korea’s size, but honestly it’s a bargain considering what 26,000 American troops can do when they are suitably motivated.

Is caving to the U.S. on trade and defense reimbursement enough to keep the American troops in-country in this post-Order world? No clue. But Moon, correctly, concluded that without conceding to American terms there was no chance whatsoever.

That’s hardly the end of the story.

First, in the post-Order world, getting a deal with the Americans on trade or troops or whatever is not the end of the negotiations. It is the beginning. Because the Americans no longer have a global strategy or see a national interest in play aside from getting some better market access, keeping the Americans interested requires giving in not once, but every single time they ask for anything.

If the Yanks are displeased with the Koreans’ response, they will leave and there is no guarantee they can be induced to come back. It’s bad business to allow a homeowner that refused to pay for fire insurance to do so after the house catches fire. The Americans can – and will – watch the neighborhood burn. They won’t feel good about it, but they won’t feel all that bad about it either.

Second, the one item in the neighborhood the Americans really do care about – the North Korean nuclear program – is one that they may have found a way to muddle through. The handshake deal Donald Trump appears to have reached with North Korean dictator Kim Jung Un is that the reclusive country can keep their nuclear program so long as they abandon their ICBM program. The Trump administration seems to think it can live with a localized NorK nuclear threat so long as Pyongyang cannot nuke Seattle and beyond. What North Korea “projectiles” that have been launched since the first Trump-Kim summit are of the decidedly short-range sort, and there are at least some indications that North Korea dismantled a significant portion of their long-range missile testing facilities.

In a world where the Americans are blasé about South Korean issues, in a world where Americans no longer consider North Korea a direct threat, the Americans need a lot fewer forces in-theater. That’s great for the Americans…and the ultimate statement of no-interest in South Korea. The Trump administration appears to have handed off the entire North Korean issue to the local powers. And since North Korea already has the capacity to drop a nuke anywhere in South Korea or Japan or in the parts of China that are home to over 80% of the population, the entire region now has to deal with something that has stymied ten American administrations.

Finally, the Koreans have a hideously distasteful choice to make. They must prepare for a world without the Americans and that means they must find a new security guarantor. The menu of options are not encouraging.

While China is currently Korea’s largest trading partner, China is just as dependent upon the Americans as the Koreans for maintaining its economy and security. With the Americans checked out, China’s future will likely mirror its past; that of a broken, impoverished nation completely unable to maintain its own security or even feed its own people. Culturally, China might be Korea’s closest relation, but a long-term partnership will only bring Korea destitution.

In comparison, the future of Japan is bright. It already maintains the world’s second-most-powerful expeditionary navy and is one of the very few countries that has a chance to maintain its supply lines without active American assistance. The “smart” play for the Koreans would be to find a means of inserting themselves into the Japanese sphere of influence. Unfortunately, the politics of such insertion are wretched. The Koreans charge the Japanese with carrying out a cultural genocide during Japan’s 1905-1945 occupation of the Korean peninsula and, so far, have been unwilling to let the past go. Even then, letting that past go would only be the first step to entering Tokyo’s world. Much kowtowing by the proud Koreans would be required.

The third option is for South Korea to become its own defender. That is impossible with conventional weapons, but it just might work if the Koreans build a few dozen nukes to hold everyone at bay. Technically, the obstacles to South Korea becoming a nuclear power are minimal; it could be done in a few months at most. Operationally, however, it would turn South Korea into a regional pariah of the North Korean type and cut the country off from not just global trade, but regional trade (although post-Order that is unlikely to cause the same problems, as much as it is frowned upon today).

For the South Koreans, the future is a land of fear and want.

But that’s not the case for everyone… 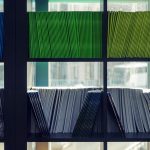