I try to avoid commenting on U.S. politics – anything I say tends to anger at least one-third of the room. But from time to time the United States takes a turn that elevates its internal issues to international import. Of late, evolutions in the American political system has taken such a turn. So here we go …

The American governing system isn’t small. U.S. local, state, and national governments are the country’s first-, second-, and third-largest employers. Combined, their staff is more than 22 million. So long as Americans disagree over how to do things, parallel structures are required to manage those disagreements in the context of the governmental apparatus. Those parallel structures are the Republicans and Democrats. With people constantly moving in and out of office at various levels, the parties need their own deep bench of support personnel to bulwark candidates-turned-mayors and representatives and senators and governors and presidents. The American parties are not traditionally tools of ideology, but tools of governance.

One, among many, outcomes is that various private interests get involved in building that bench of support. That way they can influence government decision-making both indirectly (via lobbyists) and directly (via elected officials and their staff). That takes money, and for decades the folks with the most money in the political system were those in the business community. The result was a somewhat revolving door of business leaders giving cash and staff to the parties to get people into government. When those people left government they returned to business to make more money. Some of that money then flowed back into influencing the political parties and government, and so the wheel turned. It was pretty rare for a stark-raving-mad politician to rise to the top. Business hates risk and likes continuity. Staffing choices reflected that. 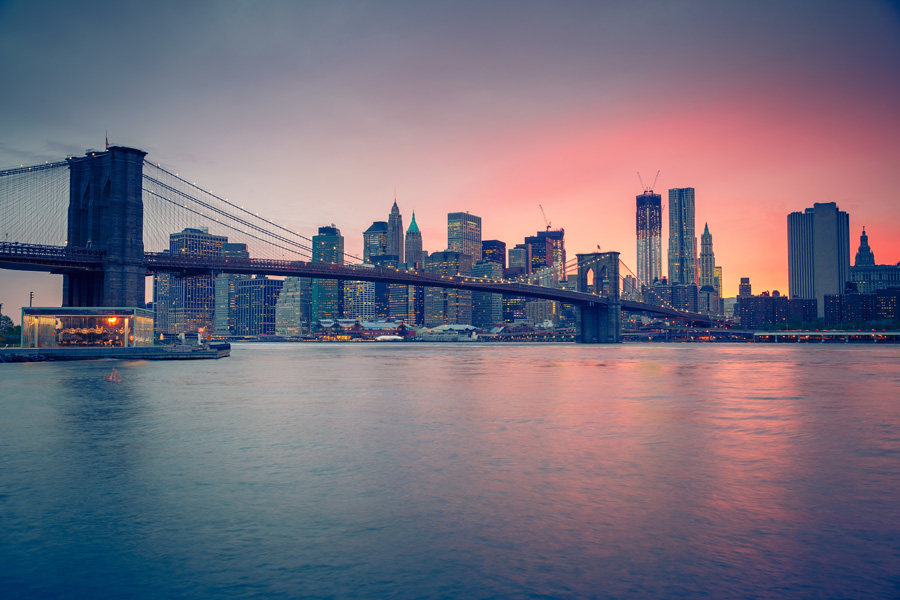 Critics called this corrupt — and they had a point. Throughout the 1990s a consensus built that there was too much money in politics. The campaign finance reform effort was designed to minimize, and ideally eliminate, large donations to political campaigns, and thus root-out the perceived corruption. This weakened the business community’s connection to the political process to the point that it really didn’t have a candidate in the 2016 presidential run. This is the first piece of the parties’ unravelling: the single-largest and most cohesive and most status-quo-vested wedge of the political system was shown the door.

The second piece was even more disruptive: technology. In the pre-PC and smartphone age your options for contributing to campaigns of any sort were limited. You could give your time, or you could write a check and send it via snail mail. Checks of $20 or less were barely worth the man hours required to process them, so not a lot of effort went into bushbeating. In 2000 the landscape started to shift. Electronic checks, online bill pay, and money-by-text steadily reduced processing costs to nearly zero, even as social media techs enabled fundraising campaigns to be spread by email, SMS, Facebook, and Twitter at negligible cost. There’s now room for the masses to play politics with their cash.

The third factor almost seems prosaic: redistricting. State legislatures dominated by single parties would redraw their congressional districts’ boundaries, excising or including this or that population to build up their party’s electoral presence in the House of Representatives. The majority of such districts are now “safe” seats.

This all makes American politics loud and messy.

In such an environment the parties are largely incapable of appealing to the political center (by definition the political center is made up of people who are not single-issue voters). The parties have devolved from being tools of governance to vehicles for narrowly defined ideologies. America has become a great place to have an argument, but without functional parties it is almost impossible to have a debate.

On one side are those who cater to the ideological extremes to harness the increasingly-radicalized party structure: people like Ted Cruz, Elizabeth Warren, Bernie Sanders, and Michele Bachmann. On the other are those who can exist independent of the party structure and run their own campaigns: the Bush family, the Clinton Foundation, Trump Inc., and even Barack Obama. For them the parties were useful in a supporting role, but all of them succeeded because of their independent wealth and/or gravitas. W. Bush won by coalescing the evangelicals into a voting block independent of the Republican Party. Hillary Clinton manipulated the Democratic Party machinery, not the other way around. Barack Obama’s popularity was built on a social media network that co-opted the Democrats; once he was in office his connections with “his” party were cool at best. Trump could not only self-fund, he succeeded despite the Republican party.

At first the Republican Party got the worst of these changes. As a rule the business community is pro-Republican, so campaign finance disproportionally impacted their bottom line. In a double-blow the Democratic Party’s coalition is a much broader sweep of the American electorate. Reduce transaction costs and the Democrats’ larger party base can funnel a larger number of small donations. Before 2010 the Republicans were always the party that could raise more money. That’s now flipped, and Democrats have been able to use their superior financial position to fund ever-larger campaigns.

The Democrat Party stalwarts looked at this turn of events and got very excited about the 2016 presidential race. As America’s leftists tell it, American conservatives are a bunch of old white rich dudes who lord over the world. Campaign finance largely ejected them from the election process, which stripped the Republican party down to its racist, sexist, homophobic dregs. Beating those dregs in a general election would be child’s play because every single minority group in the country combined with the liberal Millennials would be able to sweep the field, eliminate the Republican position in Congress, and usher in a socialist utopia.

The Democrats got it completely right. Except how blacks would vote. And gays. And Hispanics. And unions and Millennials and women. They were wrong about everything. As a result Trump captured every single swing state except Virginia, and several blue states to boot. The Republicans now control both the presidency and Congress for only the second time since World War II. Barring some truly impressive breakthroughs in geriatrics they’ll also control the Supreme Court for another couple of decades.

What is fundamentally revolutionary in my mind isn’t what has changed, but what hasn’t. The technology has changed, dispersing political power far and wide. The way money is raised has changed, enabling the issue of the moment to dominate the Internet and airwaves and national debate. The parties have changed to the point of near irrelevance. But what hasn’t changed is that most Americans are still centrists.

Fully 42% of women, 30% of Hispanics, 45% of Millennials, and 33% of Californians voted for Trump. On the other side, 41% of men, 34% of rural inhabitants, 45% of people without high school diplomas, 25% of Mormons, and 43% of Texans voted for Clinton. The American political center endures, it is just now completely unmoored from the political selection and reporting process. And so it will remain until the American political parties can regenerate themselves.

That will take a lot of soul-searching. I hear encouraging bits. For the Democrats who aren’t part of those single-party factions, it has really sunk in that every election of the past generation that their candidate lacked charisma, they’ve lost. All those single-issue voters just can’t deliver success, because their screaming pisses off left-leaning moderates (not to mention everyone else). And since all but a half dozen of the Senate seats that will be up for grabs in the 2018 bi-elections are held by Democrats, they’d best get a move on unless they want to risk a generational blow out. For the Republicans willing to stand up to Trump, there’s already a realization that a party led by those rebelling against the order can’t rebel against their own order. The Trump election is a one-shot deal.

So it isn’t as bad as it seems…in the United States anyway. In the meantime, things are looking horrible for the rest of the world. The United States is the country that guarantees global security, global trade, and global energy. There are no single-issue voters who are interested in global management. America’s bandwidth to understand — much less discuss — what is going on in the wider world is nil until such time that the American political parties can regenerate themselves. Until then, the superpower that makes the world work is simply absent.