Russian President Vladimir Putin issued an early warning to foreign powers at the outset of his invasion of Ukraine: Russia’s considerable nuclear arsenal was ready to deliver a crushing blow against anyone who would meddle in Moscow’s attempt to bring Kyiv back into its sphere of influence.

While not dismissive, US defense officials are not currently concerned that these threats are anything more than Russian bluster. The greater concern isn’t the strength of Russia’s nuclear arsenal, but rather Russian weakness.

Russian conventional military has severely underperformed Western, and Russian, expectations. Russian national security prerogatives means Moscow needs to push west, into NATO territories, to secure land invasion routes into the Russian heartland. If Russia has had this much trouble fighting a conventional war with Ukraine, it has no hope of fighting a conventional (read: non nuclear) war against NATO. But that doesn’t mean that a conflict is off the table… 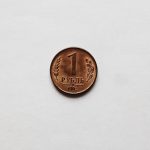 The End of Russian FinanceRussia, Ukraine The End of Russian OilRussia, Ukraine