Think November will bring an end to the shenanigans of the 2016 election cycle? Don’t hold your breath.

If there is one thing that drives editors batty, it’s an author who can’t keep his grimy fingers out of the editing process. So for the past three weeks I’ve been backpacking through Yosemite and the Thorofare while my team beats the text of Shale New World into shape. We’re aiming for an October release. (BTW – free case of books for anyone who can come up with a sexier title. I’m dry.)

Anywho, I hiked in to my taxi-out lodge this morning, did some laundry (mostly throwing away clothes that should never be worn ever again), and started getting caught up on the world. All y’all have been busy: a near-coup in Turkey, a devastating attack in Nice, the Brits throwing yet more spanners into the European project, the Chinese economy in a nose dive, India’s central bank chief stepping down, Japan’s prime minister looking particularly wounded, Justin Trudeau’s hair still rockin’ and so on. So much to work with! (The world has been so very good to me this year!)

But by far the most notable item of the past three weeks happened just yesterday when Texas Senator Ted Cruz addressed the Republican convention. His supporters gave him a hero’s welcome, and when it became apparent that he was not going to support Donald Trump, the nominee, a giant auditorium full of Republicans…booed him off stage.

You can parse this dozens of different ways, and I’m certain that the pro-Trump crowd did everything they could to whip the crowd into a frenzy once it became clear that an endorsement wasn’t going to materialize — but the bottom line is that a speaker being jeered to stage left hasn’t happened at a Republican convention in the past several decades.

Most pundits are making hay about the disunified nature of the Republican Party and the impact it will have on the general election. I certainly agree this adds a bit more gravel to what is already a gritty process, but let’s be honest here. Did anyone really expect Senator Cruz, the person in the sitting Congress with the blackest track record for throwing anyone and their grandmother under any available mass transit vehicle if it served his personal interest of the moment, to not be an ass at the convention?

Get real. In this election such is par for the course.

Instead, there are three other things that I’m thinking.

First, as a national political figure, Ted Cruz is likely dead. You just don’t come back from a convention rejection. Unless the Tea Party splits off from the Republicans formally, we are done hearing from Mr Cruz at the national level. Your personal politics will tell you whether this is fabulous or disastrous.

Second, a deeper question is what does this mean for Cruz’s Tea Party movement? I’ve never considered a billionaire like Mr Trump to be a stable representative of a group that prides itself on being less well-off than the average American (and living nowhere near Manhattan). The illuminating item for me was when Trump supporters were so nearly-physically hostile to Mr Cruz’s wife, Heidi, that security had to escort her from the convention floor under the assault of jeers of “Goldman Sachs”. Needless to say, the Tea Partiers are having a bit of a leadership crisis. I’d expect an identity crisis to follow shortly.

But the true geopolitical issue is the third one: Cruz’s fall isn’t exceptional, but instead representative of the in-flux nature of the entire American political spectrum. 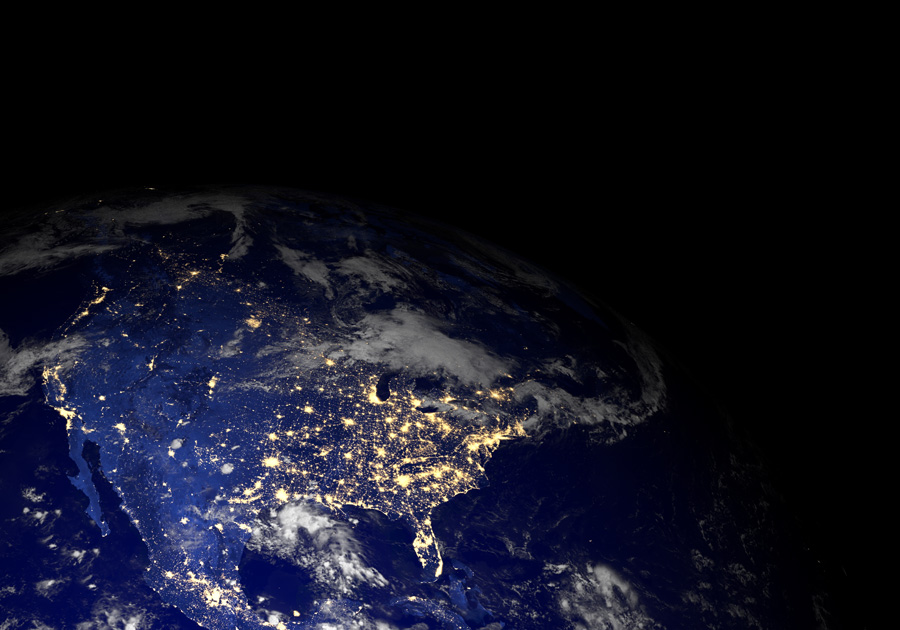 Let’s start with the Right.

The Republican coalition is comprised of five pieces: national security conservatives, evangelicals, the business community, populists and pro-lifers. At first blush this doesn’t seem like a very large grouping. But what it lacks in size it makes up in cohesion; These five groups don’t contradict each other. Folks who use religion to guide their votes don’t tend to stress about business regulation, while voters who shoot from the hip (figuratively and literally) tend to not have strong opinions on abortion. It’s easy to construct a political platform that addresses the pet issues of all five groups without alienating any of them. As such the Republican coalition is a reliable one that tends to carry the day.

The Democrat crew is more motley: greens, socialists, unions, gays, unmarried women, blacks, under 30s and pro-choicers. They disagree on pretty much everything. Greens and unions fight over every aspect of industrial policy. Gays and blacks have wildly different views on what the term ‘civil rights’ actually means. The under-30s and socialists expect single mothers to help pay for their college debt. And there’s always the threat that if the rest of the Democrats manage to cobble something together, the pro-choicers will blow it up if their single-issue voting style isn’t respected. Now if a charismatic personality — say, a Barack Obama — can inspire the lot, the Democrats will breezily walk away with the election. Their numbers are simply so much bigger than the Republicans. But shy of such a unifying candidate the biggest obstacle to the Democrats is themselves.

This is how things have been for decades. Yet in this election cycle it has all blown apart.

Within the Republican coalition the pro-lifers simply don’t trust Trump, as he was pro-choice just two years ago. The national security conservatives remain furious with Trump for insulting U.S. military’s poster boy, veteran Senator John McCain. (The same crew also views Hillary Clinton, in her role of Secretary of State, to be the only person in the Obama administration to really “get it”.) The party loyalty of the evangelicals — who considered Ted Cruz to be their man — to Trump is, at best, suspect. And because of campaign finance reform the business community never had a candidate in the race in the first place. (Ironically by taking money out of politics we Americans have replaced it with a hefty dollop of crazy.) That just leaves the populists running the show and so that’s what Trump has ridden to the nomination.

If anything the damage is even deeper, if less obvious, on the Left.

The gays got most of what they were after with the Supreme Court settling the gay marriage issue, and in the aftermath of the Orlando attacks are thinking of immigration and national security in ways new and terrifying. Pro-choicers look at Trump’s record on abortion and don’t see all that much at stake this time around. Trump’s anti-free trade rhetoric is a siren song for organized labor, particularly in light that Hillary Clinton’s husband presided over the greatest expansion of free trade in recent memory. Working-class white men and unions—once the backbone of the party—seem to be favoring Trump over Clinton in several swing states. The socialists and under-30s were so vehemently pro-Bernie Sanders (and vehemently anti-Hillary Clinton) that many walked out of the rally when Sanders bowed to the inevitable and endorsed his rival. Many won’t bother to even show up to vote (I even have a pro-Sanders buddy who is considering emigrating not over the possibility the Donald moving into the Oval Office, but over “Crooked Hillary” sitting there.)

This motion isn’t bad for American democracy. In fact, it is perfectly normal. Parties change. They evolve. Sometimes they even die. Before 1935 it was the Republicans, not the Democrats, who favored big government. Anyone remember the Whigs? Life moves on.

But new coalitions do not form overnight. The last time the Democrats and Republicans swapped factions it was the Great Depression and World War II, and that reshuffling took the better part of a decade. No matter who wins the election in November, the new president will neither have a functional party to rule with nor a function party across the aisle to negotiate with. U.S. politics are about to stall for a while.

Now spackle that atop what’s going on in the rest of the world.

The American security and economic commitment to the free trade era is what has enabled the world to evolve into its current form, making everything from the European Union to independent Africa to global energy markets to the Chinese Communist Party possible. It made this commitment to bribe up an alliance to confront the Soviets. The Cold War ended in 1989 and American foreign policy has been on cruise control ever since. Now, for reasons geographic, military, economic and demographic the United States is finally backing away from these commitments — a process on vivid display on both the American Left and American Right. As the scaffolding that supports the broader global system is pulled away, global structures big and small will collapse while the Americans ride off into the sunset, blithely unaware of the consequences in their self-contained continental system.

Even if Americans were internationally-minded, even if they were convinced that their economic and physical security were dependent upon international engagement, even if they could appeal to their better natures, the simple fact remains that for the next few years they will be obsessed with their domestic political restructuring.

In this light, whether the next president is someone with bad hair or Donald Trump just doesn’t matter very much. The Americans are going out to lunch — and it is going to be a long lunch.