The American imposition of a global free trade order after World War II had any number of outcomes. Empires faded away. The petroleum era went global. Vulnerable peoples sidelined by history emerged as vibrant new nations.

But no sectors were so impacted as manufacturing and transport. In a normal (historically speaking) manufacturing process, most production happens within a fairly tight cluster of locations in order to minimize transport costs. But in a globalized world where there is no risk to shipments, it instead makes sense to chop the supply chain into as small of pieces as possible to take advantage of competitive advantages wherever they happen to be. Natural gas is turned into ethylene at one place. Ethylene into plastics at another. The plastics are cut at another. Fabricated into intermediate pieces at another. Mated with silicon at another. Partially assembled at another, and so on until a finished widget is delivered to your local Wal-Mart (which itself has a supply-chain system of mindboggling complexity). Nearly all of this is shuttled from place to place in standardized 20-foot container units, TEU’s in the industry lexicon. They are the LEGO blocks of the global trade order.

But raise the political risk on the oceans by just a smidgeon, and this all collapses. The world of the future will be much more similar to the industrial patterns of the past: sprawling industrial parks relatively close to the point of final consumption. That’s great for Mexico and the United States, which can mate markets to industry. Not so great for East Asia, which just has the industry — and a highly segmented industry at that.

For more on the changing international order, see Chapter 8 of The Accidental Superpower. 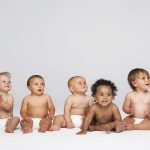 No. 7—OPORTO, PORTUGALKnow Your World